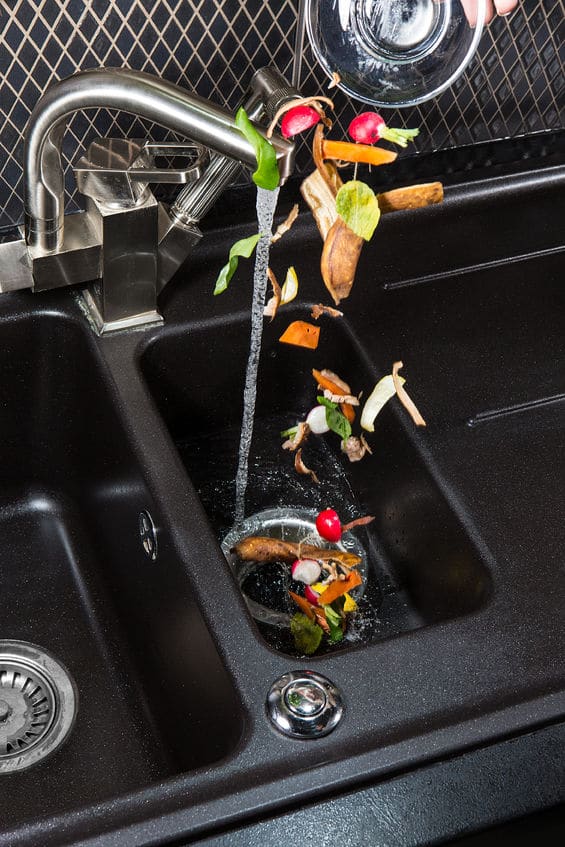 If you want to keep your garbage disposal working for you for as long as possible, there are certain items you should avoid putting down it. Certain kinds of food waste should not be dumped there and should be composted instead. These can clog it, get tangled in the blades, or block their rotation so it can’t chop up refuse effectively or require drain cleaning. Here are a few of the worst offenders when it comes to putting things down your garbage disposal:

Most people think of grease as a liquid because that’s the state it’s in when they put it into their garbage disposals. However, grease cools at relatively warm temperatures, becoming sticky and then a hard mass. Neither of these is good for your garbage disposal! When it hardens into a solid blob it can block the disposal, or if it is sticky it will catch other materials that pass it by, eventually creating a massive, messy drain clog.

Coffee grounds might look like they are going down easily, but they can actually become a solid clump in your garbage disposal. They are particularly hard to remove because it’s difficult to get all of the grounds. Over time, coffee grounds can harden like sediment, too, which makes them even more difficult to get out of your disposal.

Large bones will either spin around with your blades or jam them up so they can’t spin. If these get down into your pipes whole or in large chunks, they are likely candidates to cause clogs there, too. Toss them in the trash instead.

Some people will tell you to put eggshells down your garbage disposal because they will sharpen the blades but we are here to tell you to beware of this myth! The membrane inside the shell is tougher than it seems and it can wrap around the shredding mechanism, causing it to jam up.

If you do have problems with your garbage disposal, contact us at Rosenthal Plumbing right away. We’ll have a expert Santa Cruz plumber inspect the issue and get it shredding away for you again in no time. Give us a call!